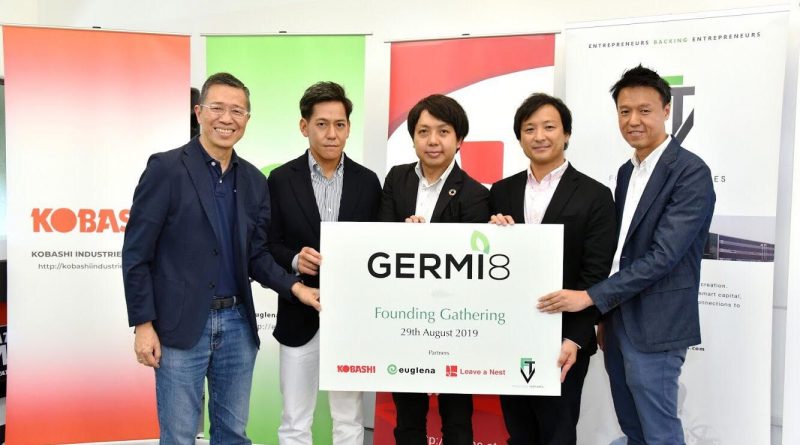 New VC firm Germi8 to look at investing in a host of agri-food startups across Southeast Asia, such as those specializing in food technologies, alternative protein sources, and plant-based food products

In a collaborative effort spanning across multiple industries and countries, Japanese venture firm Leave a Nest and FocusTech Ventures Pte of Singapore have announced their partnership with agricultural equipment manufacturer Kobashi Industries and microalgae products producer euglena, both of Japan, to form the new VC firm Germi8, to be based in Singapore, on the 29th of August 2019.

The purpose of Germi8 is to invest in agri-food startups across Southeast Asia, which is increasingly being seen as a sector with huge potential and promise for growth by venture capital firms across the world. They have stated their intention to invest about $940,000 in around 20 projects in Southeast Asia over the next three years.

The joint effort between the venture firms and industry veterans in the creation of Germi8 will seek to leverage their strength to provide nascent agri-food startups in the region with the capital, experience and network connections to scale in Southeast Asia.

Leave a Nest Singapore is the longest established overseas branch of Leave a Nest Co., Ltd. of Japan, which was founded in 2002 by 15 graduate science students as a science venture company, with the aim of engaging in the field of education, human resource training and research projects to contribute to scientific and technological development. The Singapore branch is very active in Southeast Asia as evidenced by its Tech Planter program, which is a platform for nurturing new research and business startups in the fields of deep science and technology. In 2018 they have already expanded to include and additional 6 countries from the ASEAN region.

FocusTech Ventures is a private investment firm based in Singapore. It is founded by Kelvin Ong, the former executive director of Focus-Tech Holding, leading shareholder of hard disk drive component maker Seksun Group. Their connection with Leave a Nest was established in 2014 when they began supporting Tech Planter ASEAN and was further strengthened with a formal alliance in 2018.

Also in 2018, Kobashi Industries formed a business alliance with Leave a Nest with an eye to take full advantage of the opportunities presented by the region’s growing agricultural and food industries, with the purpose of expanding its business and value creation across the agricultural value chain. Kobashi Industries was established in 1960 with the merger of Kobashi Farming-Implements Manufacturing Inc. and Kobashi Blacksmith Industry Co.Ltd., and they have extensive experience and expertise in the manufacturing and distribution of agricultural implements and their components, specifically tiller blades and rotary tillers.

euglena Co., Ltd. is a microalgae product company founded by Mitsuru Izumo, Kengo Suzuki and Takuyuki Fukumoto in 2005 and is headquartered in Tokyo, Japan. It also has relations with Leave a Nest Group prior to the formation of Germi8, whereby in 2019 it participated in Nest-Bio Venture Lab, which was a collaborative effort between Leave the Nest Group and the Malaysia-Japan International Institute of Technology, and whose purpose was to locate new research seeds.

The creation of Germi8 brings about a new chapter in the fast expanding agri-food sector in the Southeast Asia region, which is home to about 8.5% of the world’s population, and where food production will play a crucial role in the sustainability of the region’s health and environment. With the proper capital, expertise and connections, the agri-food sector in Southeast Asia may play a leading and prominent role in food sustainability for the world’s future.